FHIR and the Promise of Interoperability

FHIR is quickly becoming the most popular standard for bringing together previously incongruent systems and has shown huge potential for the widespread adoption of an application-based approach to health data exchange and true interoperability.

So why FHIR and why now? Why is FHIR poised to usher in a new era in healthcare interoperability for both patient care and from a business perspective?

Why FHIR and why now?

The ‘Internet of Health’ has limitless potential to reshape the future of healthcare, both domestically and internationally. And much like the early years of the internet, the true potential of this powerful new resource was not realized until a standard was developed which enabled stakeholders to join forces and effectively share information for the betterment of everyone involved – from individual users to large enterprises and even governments. For the internet, that standard was TCP IP, but for healthcare data, that standard is FHIR. The idea of an “Internet of Health” signifies the enormous potential of the FHIR data standard to reshape healthcare in the years to come, similar to the way TCP IP opened up the internet to interoperation between different networks.

When the internet was initially developed, computer systems were required to have their own protocols for reaching and interacting with networks and, as there was no universal standard, each of these systems was different. That meant that every time disparate systems needed to communicate with one another, each needed to be utilizing a special software package. In turn, this meant that system developers needed specialized and unique software packages for each type of server (Netware software to interact with Netware servers, IBM software to interact with IBM servers, and so on). In order for disparate systems to communicate with each other, new stacks needed to be written for-purpose (an IBM stack written for Deck, or a Microsoft stack for IBM, for example). Needless to say, these processes obstructed interoperability for the first 20 years of networking.

Eventually, a standard was introduced by the US Federal Government, through the Department of Defense Advanced Research Projects (DARPA), to allow systems to interoperate. This was the origin of TCP IP.  The idea was to create a redundant way for network communications to flow across multiple systems and arrive at any destination through a data package steering mechanism; thus removing the obstacles of early networking and allowing for the internet revolution which would soon sweep the globe.

Healthcare today is very much at a similar stage of those early internet networking years, with FHIR being to healthcare what TCP IP was to the internet, in bringing disparate systems together for the betterment of all. FHIR provides the mechanism to identify patients, providers, and destinations; a common strategy to be able to find information from any system and transfer that data back and forth between systems in real-time and on-demand.  And just as the internet required a suite of applications to provide this functionality, FHIR and ancillary technologies represent established patterns for providing services that leverage the underlying clinical data.

How is FHIR different from previous attempts?

No standard is adopted immediately, and it takes a number of years for protocols to reach full maturity. For example, it took TCP IP around eight years to reach maturity and another several years to be adopted broadly. FHIR is a pattern for interaction that’s now reached maturity and has the potential to see healthcare mirror what’s going on with other sectors, and what we saw happen with TCP IP all those years ago.

But of course, FHIR isn’t the first attempt to reach interoperability in healthcare. So, what will see FHIR succeed where other standards have failed?  After all, demand has long existed for a standard like FHIR. And with that pent up demand comes a lot of skepticism based on previous attempts to create a common data standard for healthcare.

Despite these challenges, FHIR has already gained widespread acceptance and rapidly growing adoption by governments, businesses and healthcare delivery organizations around the globe. Crucial to this success is that FHIR already incorporates all necessary characteristics for a successful standard, including:

It’s real-world relevant: FHIR has the ability to reference objects in the way they’re referenced in the real world, rather than forcing users and systems to conform to a specific set of rigid perspectives. By acknowledging different perspectives, FHIR provides ways to map these together where necessary, to provide greater freedom and easier adoption by stakeholders.

FHIR is a Search API: FHIR is a Search API, and this is the real key to its readiness for success. It allows not only for the exchange of information, but for that data to be broadcast easily through modern technologies which align with the way we are used to doing things on the internet today. Furthermore, anyone who would like to develop an app can simply access the FHIR spec and develop apps that deliver the value they’re looking to deliver. This was previously incredibly difficult due to the uniqueness of each of the silos of information used in disparate systems.

It is a fully-fledged peer to other systems: FHIR aligns with the internet and the way we interact online today (and into the future) by providing developers with all of the tools they require, in real-time, and the ability to utilize and update that information, and send information back to the FHIR system. In this way, it becomes a fully-fledged peer to any other system dealing with health data.

Authentication and authorization: FHIR comes equipped with a mechanism for authentication and authorization through Smart on FHIR (SoF) which offers a good binding of identity and access to the standard. So, in terms of the ability to build an application, not only are there tools available to define for developers what data to gain access to and how to request it, but also to define who can gain access and what data they may have access to.

No constrictions to legacy systems: FHIR uses the latest standards but does not constrict users to a legacy system. This means that there is nothing to restrict users from changing with the relevant standards as they change. This is aligned with the separation of concerns between applications and data, whilst encouraging the consistency of development from multiple paths.

The technological possibilities offered by FHIR are not the only reasons that the healthcare sector is primed for the adoption of this revolutionary standard. There is also a strong business case to consider. Here are just a few of the business factors contributing to the success of FHIR:

There is a political push: Not only are healthcare stakeholders aware that adopting a standard is something they should be moving towards, but there are also political forces at work to push stakeholders in this direction. In the US, the most notable of these are rules issued by the CMS and ONC mandating the use of FHIR. The UK’s National Health Service (NHS) also makes extensive use of FHIR, using it as a standard for RESTful APIs.

Strong market motivators: Both providers and payers benefit from the ability to do real-time analysis, which is a strong motivator for adopting FHIR—not just as a good data model and protocol, but a great format for building useful applications that allow for economies of scale in ways that we’ve never seen before.

Broad acceptance: There is already an awareness in the sector across all levels that there needs to be forward momentum in healthcare delivery, which is why all stakeholders are primed for FHIR.

Unity behind a cause: With FHIR, we have already seen the uniting behind a cause across multiple aspects of the delivery of healthcare. Around the world we are seeing payers, providers, researchers, and integrators all moving towards FHIR from a business value proposition, as each of these players can see that their interests will improve with the dismantling of the existing information silos. Appetite within the private sector for collaborating around FHIR is best exemplified by the Da Vinci and Argonaut projects, and their development work around implementation guides and use cases.

Simplified systems through fewer applications: FHIR gives developers the ability to build applications that will work with all other systems, thus providing consistency and removing the need for users to have access to dozens of applications.

Reducing healthcare costs: It’s a universal truth that uninformed members are more expensive to businesses, which is why from a business perspective, involving patients in their healthcare is critical.

Meeting people where they live: In order to reach patients, they need to be engaged in ways they’re already familiar with. This means reaching them on their devices—their mobile phones, tablets, and computers, which FHIR is perfectly suited to.

Remote patient care: Being well aligned with the internet makes it possible to improve remote patient care and allows providers and patients to interact effectively for improved healthcare outcomes and lower costs. This is increasingly important in a post-pandemic world, where telehealth is a vital component of the healthcare sector.

Profiles alongside a broad standard:  FHIR’s ‘Profiles’ allow developers to constrain the FHIR spec to be meaningful for their specific clinical applications without losing basic functionality. For example, the US Core Implementation Guide is the broad standard that allows FHIR to be useful in many iterations, whilst being easy to implement and non-restrictive enough to allow for specialization. Many other national and regional organizations have also released implementation guides specific to the needs of their jurisdiction. This is a factor that was sorely lacking in previous standards.

Not only health data: Another key aspect of FHIR’s business value is its ability to capture administrative data like billing and invoices in addition to clinical data. This makes FHIR particularly well positioned to bridge the gap between the worlds of payer and provider data.

Upgrades are driven by value-add and not obsolescence: Unlike other standards in the past, FHIR does not require users to upgrade their version of FHIR. The decision to upgrade is therefore driven solely by the value provided. If users are still enjoying value from previous versions of FHIR, there is no need to upgrade until a newer iteration provides even greater value that users may wish to take advantage of.

FHIR is primed to make good on the promise of interoperability in healthcare thanks to the broad acceptance it is already experiencing across the sector, as well as its ease of use and adoption, incredible functionality, and its alignment with the Internet. From both a business perspective and due to the global drive to achieve interoperability, the time is right for FHIR.

Read our series of related blogs below to continue learning about the Internet of Health (IoH).

Read Part 1: FHIR and the Promise of Interoperability

Read Part 2: The Internet of Health: Why Collaboration Matters

Read Part 4: Why We Need to Build the Internet of Health

Read Part 5: How Smile Digital Health is Enabling the Internet of Health 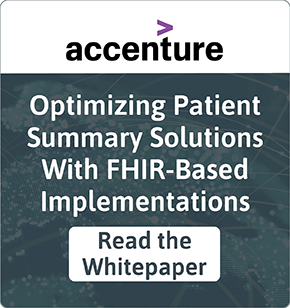 Blazing a Trail Towards the Internet of Health

We’re excited to announce the relaunch of the HAPI FHIR website...